Nowt but a fleeting thing: film screening and Q&A 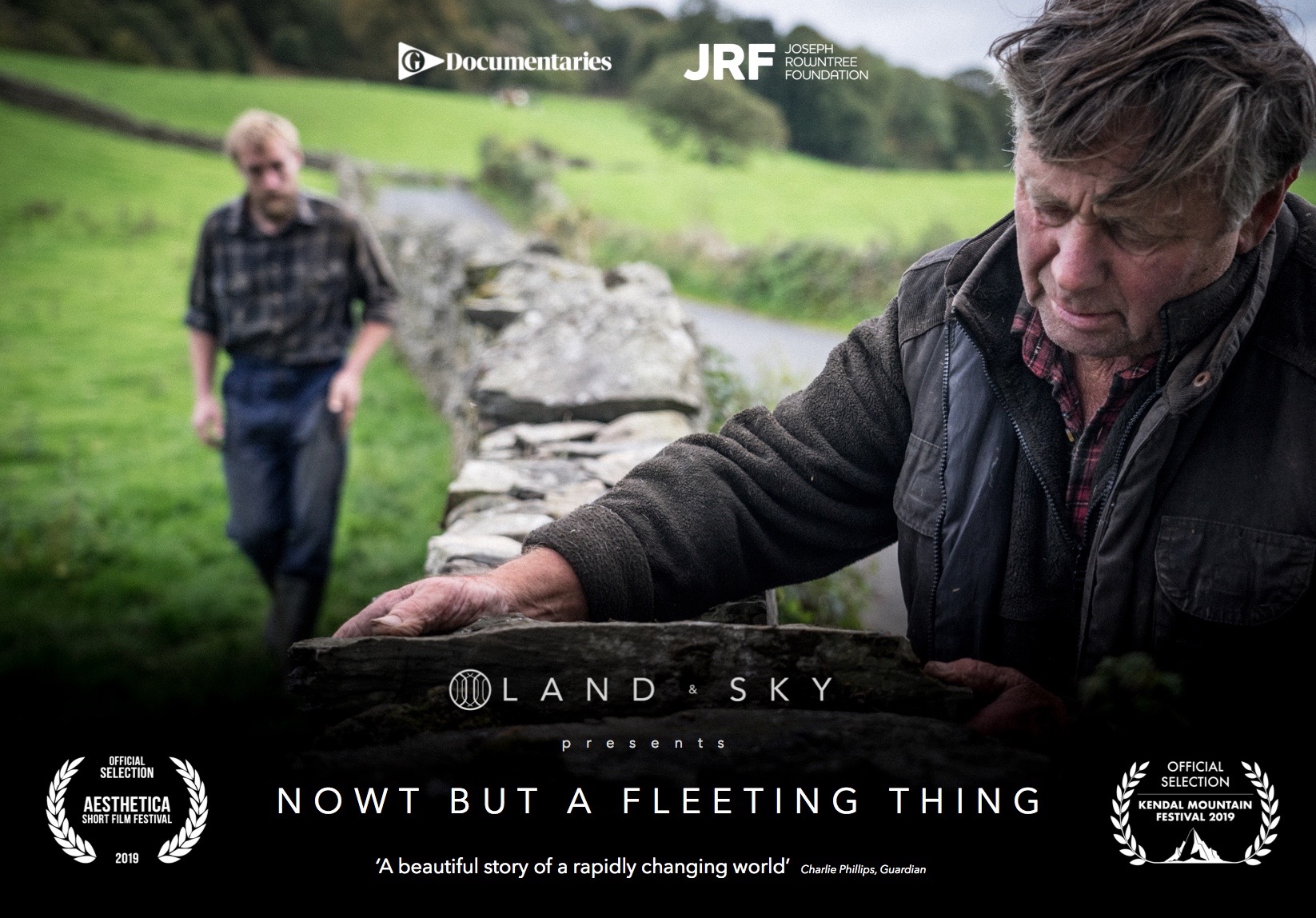 Nowt but a fleeting thing: film screening and Q&A

A live screening and Q & A of ‘Nowt But a Fleeting Thing’ with Director Dom Bush and Cumbrian farmers and conservationists Adam Crowe and Helen Rawlinson. The film, released in 2019, was jointly commissioned by Guardian Documentaries and Joseph Rowntree Foundation and tells the story of Adam, Helen and Adam’s dad Raymond as they navigate the challenges of farming in a changing world.

Helen Rawlinson and Adam Crowe started their flock of Devon Closewool sheep in late 2017 as a first move into farming, with the help of a loan from the Jason Kanabus Foundation (via Cumbria Farmer Network) and a grant from the Henry Plumb Foundation. They also have a small herd of cows. They are graziers of damson and apple orchards and a limestone grassland nature reserve and have a short term tenancy on 7 hectares of meadow and pasture in South Cumbria. They try to blend direct sales of farm produce with land management for nature conservation – it’s not simple! Helen and Adam are also often helped by Sam, their one year old, and wonder how other farming families make it look so easy. Alongside Helen is Countryside Officer for Arnside & Silverdale AONB and Adam works between the rented family farm and a long-running conservation grazing business, part of which he will take on as a share-farmer in 2021.

Dom Bush was brought up on a smallholding in northern Cumbria and is closely connected to the landscape and traditions of the rural northwest. He set up Land & Sky Media in 2011 to make films that explore an instinctive bond to the land. After becoming a fixture of the adventure and mountain film industry, Dom continues to develop his work in creative and social documentary. Dom’s most recent commission for Guardian Documentaries, ‘Nowt But a Fleeting Thing’ explores the pressures of traditional hill farming in South Cumbria and was released in 2019. His films have been screened throughout the UK festival circuit and abroad, winning many awards, and broadcast on Channel 4 and All4.