Wilderculture – a hybrid of regenerative grazing and rewilding for the uplands. 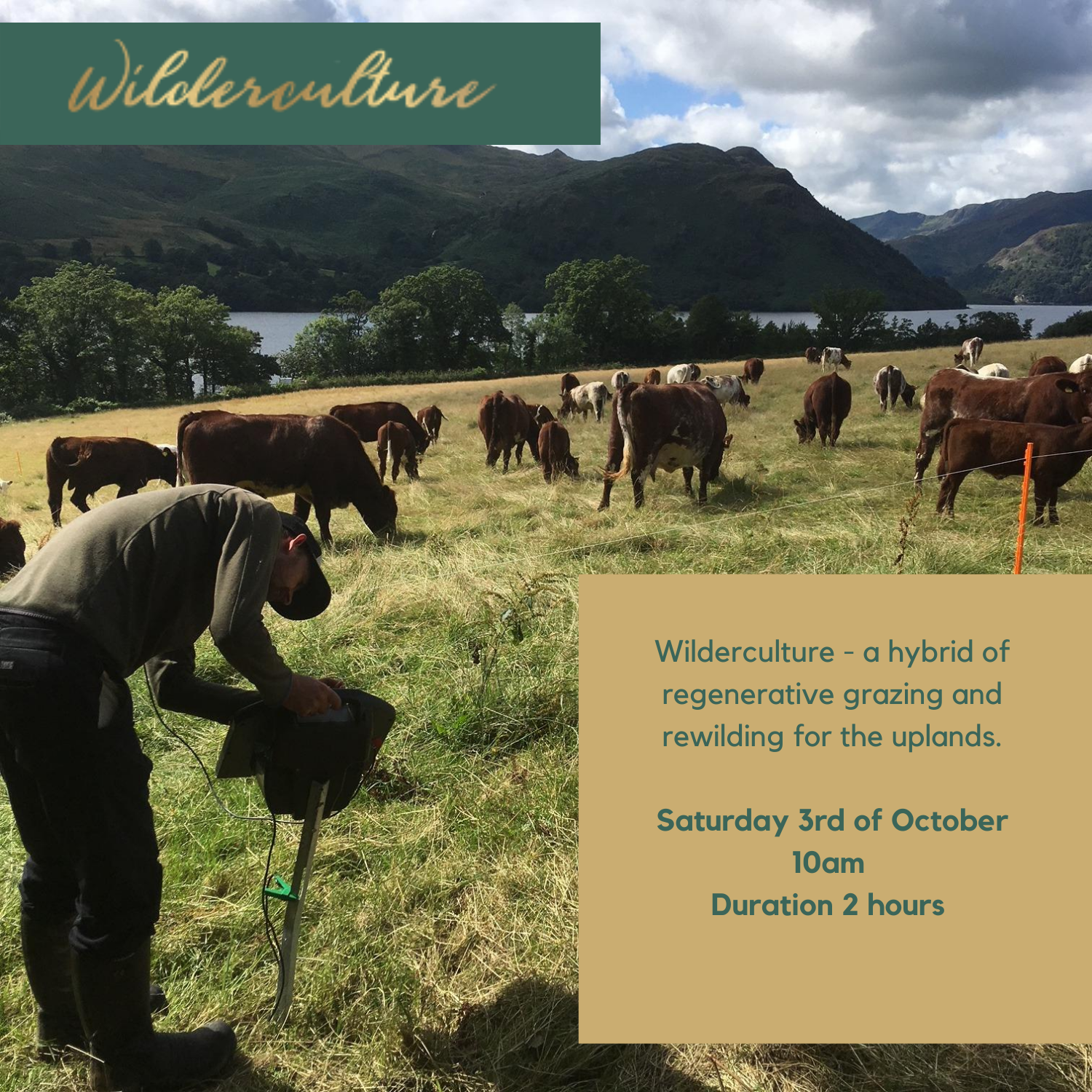 Wilderculture – a hybrid of regenerative grazing and rewilding for the uplands.

We are offering the chance to take a socially distanced walk around an exciting new project on the shores of Ullswater in the Lake District.

In the UK uplands there has been a significant loss of biodiversity and a call from some to reduce or remove livestock – especially sheep – and instead adopt rewilding on these less productive areas. However, in the green and pleasant UK, environmentalists must be careful not to forget that the UK is part of the larger global ecosystem and what impacts the world will influence the long-term future of UK land.

Major factors that are influencing world agriculture are:
– Global agricultural land is rapidly diminishing, increasing the reliance on moister climates to sustain a hungry global population.
– Globally we are losing 10 tons of soil for every ton of food produced with the FAO stating we have less than 60 global harvests left.
– Over 75% of the Earth’s land area is already degraded, and over 90% could become degraded by 2050.
– Globally, a total area half of the size of the European Union (4.18 million km²) is degraded annually, with Africa and Asia being the most affected.

Any large scale moves to remove upland areas from food production could have serious repercussions in the future for humanity as a whole.

Although the uplands are marginal in agricultural terms producing a small volume of calories and protein when compared to arable crops, the nutrient density of the meat produced is higher than any other food – a hugely important factor in creating truly sustainable nutrition security.

As we see intensification of food production on our depleted arable land and a shift in diets towards nutrient poor grain-based food, ensuring we have a sustainable supply of nutrient rich healthy foods from land that is unsuitable for plant food production is essential.

How we graze and manage livestock however cannot continue as ‘business as usual’ with further soil and biodiversity loss.

Regenerative farming has an impressive record for turning degraded land into healthy ecosystems that can also produce food over millions of acres globally, but so far there has been no trials of how this could be applied in the UK uplands at scale. Through Wilderculture CIC and our partnership projects we are refining and developing models which combine rewinding and regenerative grazing and are designed to be ecologically restorative, economically viable and culturally appropriate.

The Wilder Gowbarrow project guided walk is an exciting opportunity to see one of the projects in action and find our more about our approach.

Walks will have limited numbers, require social distancing and need to be pre-booked. They will leave at 10am, 12noon and 2pm.

Caroline Grindrod is a regenerative agriculture consultant and an accredited professional in Holistic Management with a background in hill farming and environmental conservation.