No-till with living mulches – the holy grail for arable? 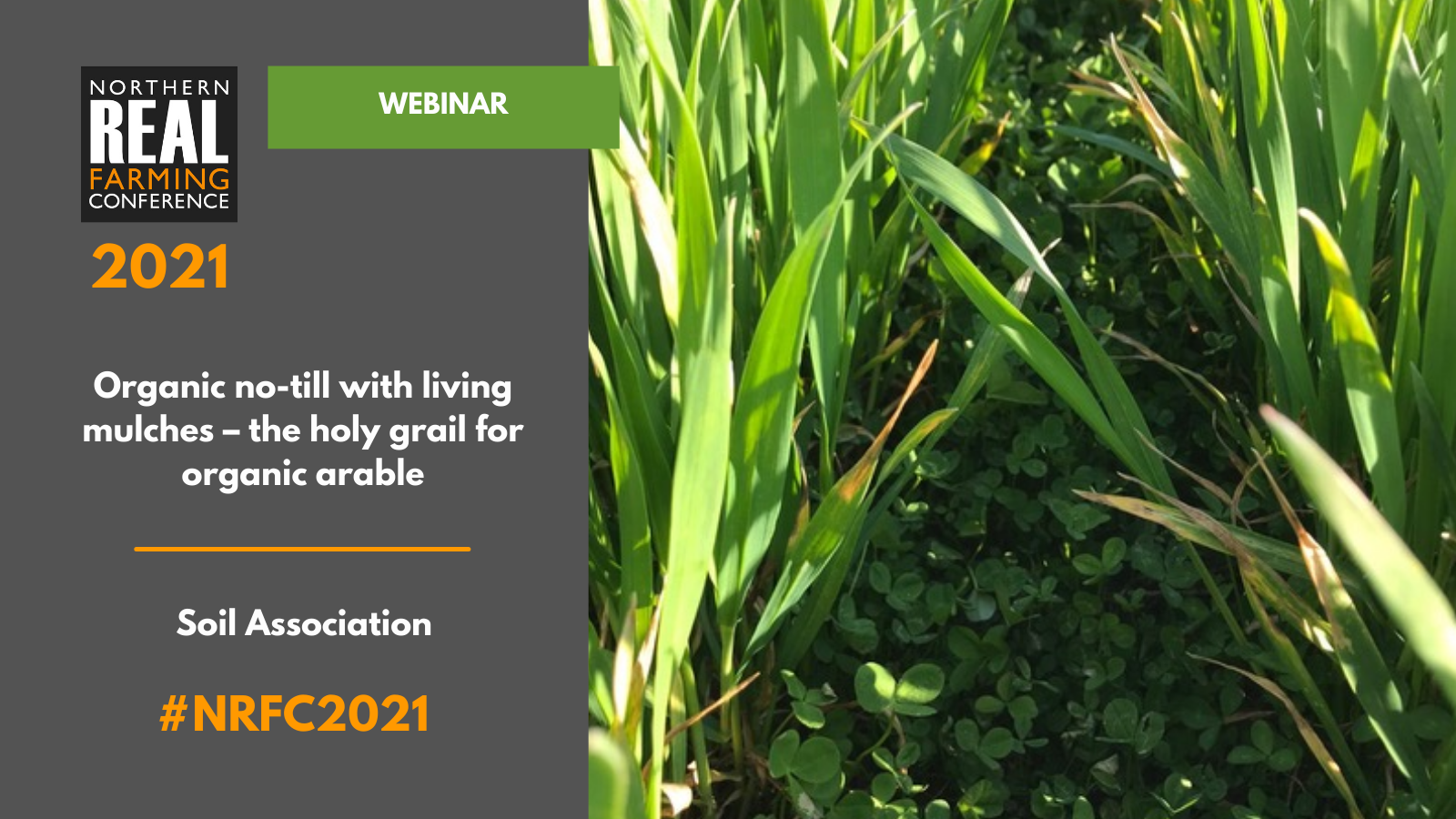 No-till with living mulches – the holy grail for arable?

Hosted by the Soil Association

No-till arable farming has revolutionised the arable farming mindset and is of interest to organic farmers because of its potential to reduce cultivations whilst providing weed control, fertility and soil health. It is also of interest to regenerative farmers who want to reduce inputs of artificial fertilisers and chemicals. But is it possible? Cover crops or green manures have always been part of organic arable systems but are now commonly used conventionally as part of regenerative farming systems.. The 4 pillars of regenerative farming are no-till, continuous ground cover, crop diversity and livestock integration.

In organic systems, cover crops have generally been ploughed in to provide fertility for the rotation but adopting organic no-till will require termination of the cover crop and this is difficult for organic farmers who cannot use chemicals.

One solution? A non-aggressive, low growing permanent cover crop such as small white clover, which shades out weeds and provides fertility.

In this session, we talk to an arable farming expert as well as the researcher who are looking at the potential of no-till with living mulches with a group of organic and conventional farmers running on-farm trials, plus a Scottish farmer trying out the technique.

Jerry Alford- Soil Association arable and soils advisor.
Jerry is interested in a systems approach to farming, and looks at farms as a whole system rather than just a mix of enterprises or a series of crops in rotation. He is also looking at options to reduce cultivations within organic rotations and the adoption of more agroecological and organic type systems in non-organic farms.

Harry Henderson – Starting out as a tractor, combine and crop sprayer operator. Harry then worked for Rothamsted Research Station UK, before coming farm manager at Monsanto Cambridge. From there he took a role with John Deere UK ltd as a Crop Systems Specialist involved in technical dealer sales support in combine harvester, crop sprayer and precision technology products. In 2013 Harry joined AHDB as a regional manager for the North of England and is now a Knowledge Exchange Manager with a focus technical knowledge exchange, mechanisation, soil management and arable farming.

Stuart Mitchell – Stuart is an organic beef, deer and arable farmer from Denholm Scotland. He is trialling no-till in the Scottish Borders

Dominic Amos –  Dominic works at the Organic Research Centre, having joined five years ago to pursue research interests in sustainable cropping and soils management. Having previously worked testing agrochemicals, providing data for agrochemical companies he now works with farmers across projects including the Innovative Farmers programme, supporting farmers to conduct on-farm research supporting them to test innovation. He works as researcher on the living mulch field lab exploring with the farmers the use of a clover understory as an approach for improving cropping system sustainability and improving soil health.