Replacing imported soya – a supply chain or a farmer issue? 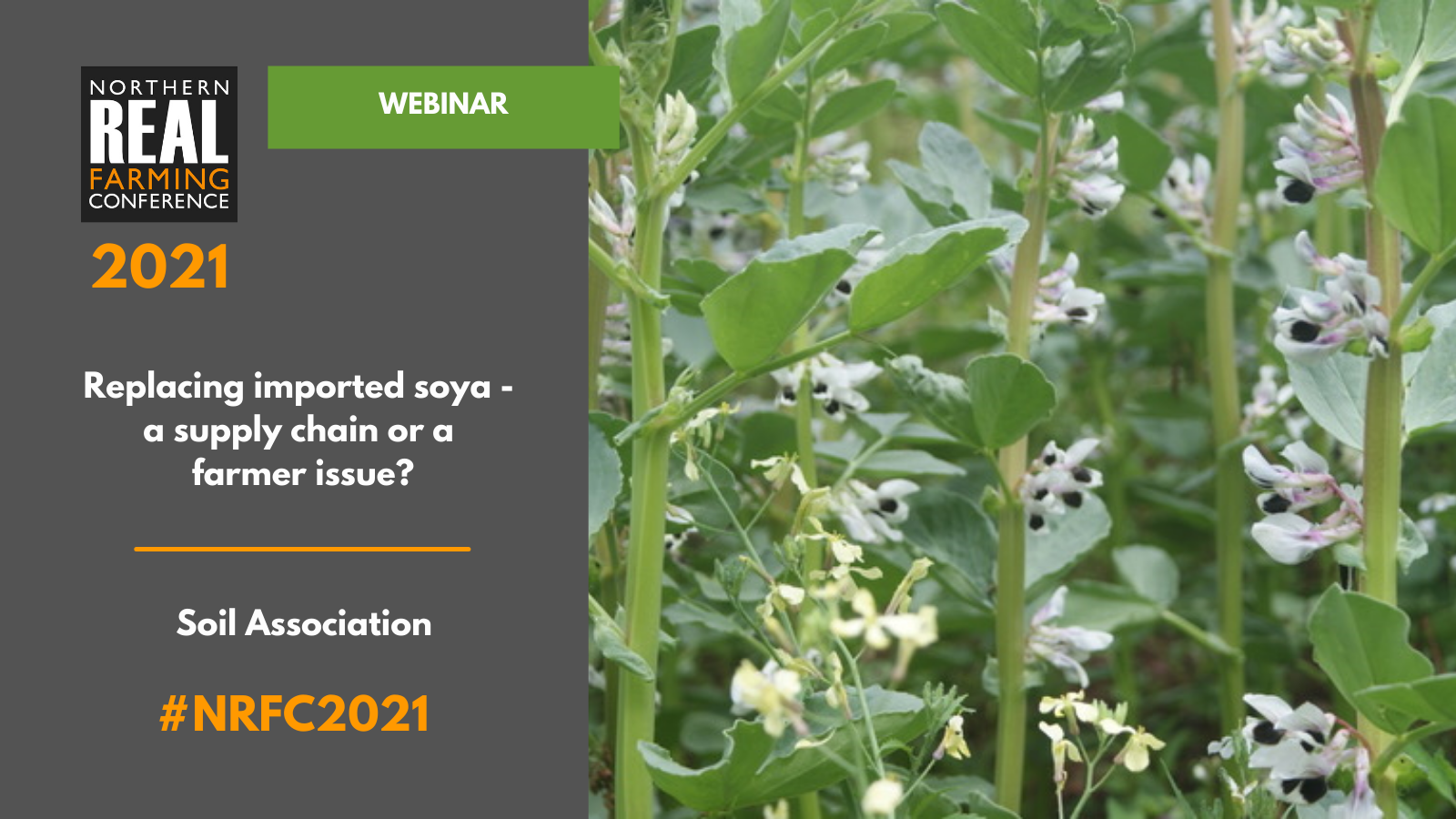 Replacing imported soya – a supply chain or a farmer issue?

Hosted by the Soil Association

Sold as either a ruminant food with an oil by-product, or a by-product of the production of human consumption oil, soya has become a main stay of livestock production in Europe but is also a driver of large scale deforestation in south America. Efforts to reduce its use often fail, often for some very ‘reasonable’ reasons – widespread availability, relative cheapness and seeming lack of interest in alternatives. But is this all the fault of the supply chain or are we as farmers partly to blame? With a climate suited to grass growth, a need for break crops and a need for UK farmers to reduce GHG emissions and move away from N fertilisers, is now the time to produce our own protein?

This session explores the issue from all sides, with a panel comprising a supermarket representative, a livestock feed producer and a farmer.

Jerry Alford,  Soil Association Arable and Soils Advisor – Jerry is interested in a systems approach to farming, looking at farms as a whole system rather than a mix of enterprises or a series of crops in rotation. He is also looking at options to reduce cultivations within organic rotations and the adoption of more agroecological and organic type systems in non-organic farms. Jerry coordinated research for the OKNET ECOFEED project, which looked at regional production of proteins for monogastrics.

Mike Mallett – Mike is Farm Manager of Maple Farm Kelsale, a 137ha family owned mixed organic farm situated on the Suffolk Coast, where Mike has been manager for the past 6 years. It is mostly arable but is also home to the Maple Farm Kelsale Organic Eggs, which is integrated into the arable rotation. The primary role of the arable cropping is to supply food for the hens whose eggs are sold all over East Anglia and London.