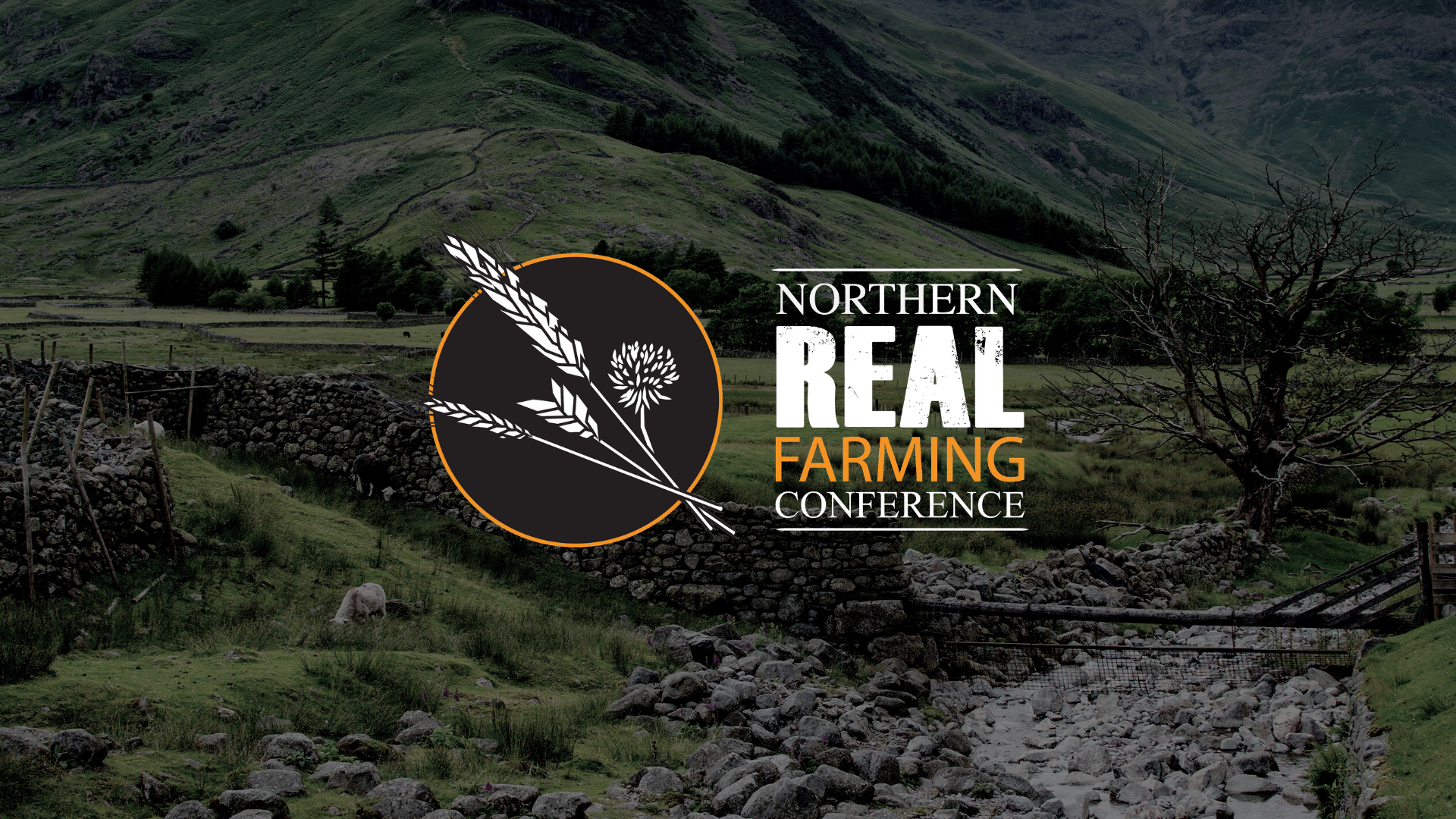 The NRFC got off to a splendid start – hugely important in its own right, bringing new-thinking farmers together, and part of a much larger and indeed global movement that some are calling “the Agrarian Renaissance”.  So what’s different about it?

Well, “Real Farming” is short for “Enlightened Agriculture” which is informally but adequately defined as –

“Farming that is expressly designed to provide everyone, everywhere, with food of the highest quality, both nutritionally and gastronomically, without cruelty or injustice and without wrecking the rest of the world”.

Many would say – and do say – that such a vision is “unrealistic”, and of course it is a million miles from what now prevails. But why should it be? The world already produces twice as much food as we really need and far more than we should ever need (since the world population is levelling out) – so why do a billion people still go hungry? Britain’s economy is the fifth largest in the world or so we are told yet a million must now resort to food banks – and the response from government is simply to pressure farmers to produce more food more cheaply. Yet it ought to be eminently possible to provide good food for all and to on doing so in effect forever and without the present harshness and the collateral damage. So why don’t we?

Well, in a nutshell, farming these days is not designed – insofar as it is designed at all – to provide good food for everyone and to take care of the natural world (aka “the biosphere”). It is designed primarily to “compete” in the global market with all other businesses – arms, ‘planes, hairdressing, golf – for profit and “market share”. The kind of farming that is expressly intended to provide good food and look after the land and our fellow creatures is sidelined. The present approach is considered “realistic” even though the result is so obviously dysfunctional.

For ultra-citified governments like ours farming is an economic also-ran, a lot of trouble yet not a huge contributor to GDP. British governments haven’t really taken agriculture seriously since they got over the blockade of World War II. That have spent a great deal of time and our money on it but that’s not the same thing at all. So a prime task right now is to raise the status agriculture and in particular of real farming and farmers. Adam Smith no less made the same point more than 200 years ago in The Wealth of Nations (1776):

“After what are called the fine arts, and the liberal professions, there is perhaps no trade that requires so great a variety of knowledge and experience…. The direction of operations, besides, which must be varied with every change of the weather as well as with many other accidents, requires much more judgement and discretion than that of those which are always the same or very nearly the same”.

Spot on – although farming with all its intricacies and its obvious importance should surely be ranked at least equally with “the fine arts and the liberal professions”. In short, the world needs to reinstate farming centre stage. Indeed we would do well to build our entire lives around it – the economy, social life, and wildlife conservation, for without wildlife-friendly farming the cause of conservation is severely compromised, not to say dead in the water.

To make real farming work we need many more farmers. A good topic for the NRFC – and indeed for the whole world – would be to discuss how many farmers we really do need; what indeed is the appropriate proportion the world over.  In Rwanda at least until recently 90 per cent of people worked on the land, which surely is too many. But, by the same token, the 1% or so full-time farmers in Britain and the US is obviously too few. Perhaps we and the US need 10 times as many. We certainly should not assume, as recent governments and their economic advisers have assumed, that the fewer the better, and that human beings should be replaced by robots and biotech, and that this is “progress”. High tech is now vital but the task of all tech should only ever be to abet good practice – not to replace human beings for short term profit. Both for its intellectual (and spiritual) content and for its practical importance every school should teach farming as a matter of course and every 14-year-old — even or especially in the inner cities — should be offered farming as a serious career option. That implies that it really should be a serious career option.

Of course, more farmers means more cost – but there would be huge savings too (including  the well-nigh incalculable costs of ecological degradation) and besides, the real reason that so many people even in rich countries cannot afford food is not that food is too dear (in fact it is too cheap) but because of income inequality. It is impossible to establish a sensible price if some people earn 1000 times more than others, as is increasingly the case the world over. In short: we cannot introduce real farming unless we transform the economy. It is a huge mistake to assume, as is assumed, that we should simply try to plug the square peg of agriculture into the round hole of market-driven (“neoliberal”) economics.  To put farming to rights, we need to dig deep.

Overall, then, the task before farming and for people who care about it is enormous. And the task is not, as the present generation of panjandrums assumes, to raise productivity and go on raising it or to go on reducing the price or simply to make it more and more profitable and to concentrate wealth in fewer and fewer hands, but simply to produce good food while looking after the people who produce it and our fellow creatures. In detail that is immensely challenging (as Adam Smith recognized and all farmers know) but in principle it ought to be easy. The world easily has the capacity to feed us all well without wiping out our fellow species and the fact that we so spectacularly fail to do so reflects the barrenness of thought in high places – and a loss of confidence and loss of direction among farmers, who have allowed themselves to be led by misguided intellectuals and the lure of big money.

It is time to turn things around – and the people best equipped to do this are the farmers themselves, who best understand what’s needed and how to go about it. It is time indeed for farmers and their allies to take the lead: nothing short of a farmer-led Agrarian Renaissance is required, as we have sometimes discussed at the Oxford Real Farming Conference (ORFC). The task is indeed huge not least because the official mindset remains more or less unchanged – for the post-Brexit negotiations that could help to push things in the right direction will surely be focused on mega-trade deals, and so shove Britain’s and the world’s farming ever deeper into the throes of the global market, with the accent on short-term profit achieved through high-tech and scaling-up.

But now there are some serious counter-voices – many grass-roots movements and conferences designed to unite the various voices, on line when necessary, like the ORFC, the Food and Farming Conference of Wales held in 2019, and now the NRFC, with others in the pipeline elsewhere.

In short, the state of the world is disastrous but it is still possible to turn things round – but only if people who give a damn and know what they are doing (or at least are trying) pick up the reins.

You can watch the opening session from the Northern Real Farming Conference here.